In Which I Receive The Infamous Email from the Health Teacher

I have been dreading the school notification for over a year.  You know, the one that says something about how we will be having a health class just for boys and another one just for girls. Sex Ed, middle school style.

It was my fear of the Infamous Notification that made me finally buck up and have The Talk last year. I wanted to be my children’s primary source for such information, and although I like to occasionally surprise the kids with things like spraying the back of their necks with lice spray, I felt Sex Ed was too important for them to first learn about at school. I have to say that I handled The Talk awkwardly and probably inadequately. If you missed it, my post on The Talk can be found here. I was both relieved and terrified to finally get the Infamous Notification from the school.

I was curious what the health/PE teacher would say and if I would approve. Part of me wanted a copy of the curriculum, and the other part of me was relieved to have the opportunity to put the uncomfortable conversation off on someone else.  If I knew what she was going to say, I’d risk having to be proactive.  I did feel guilt over outsourcing my awkwardness, however, and wondered if I needed to step up to the plate and bring up the subject again. I told the kids’ father about the email, hoping he’d deal with it for me, but he only said, “well at least we don’t have to do it.”

Luckily, help came from an unlikely source—a really unlikely source. The boys and I were watching Dinosaurs—the 1990s sitcom with the adorable baby that hits people with frying pans. This past weekend we made it up to Season 3, Episode 18, entitled, “Dirty Dancing.”  It was about The Mating Dance. I stopped surfing my phone and paid attention in hopes that I’d learn something. 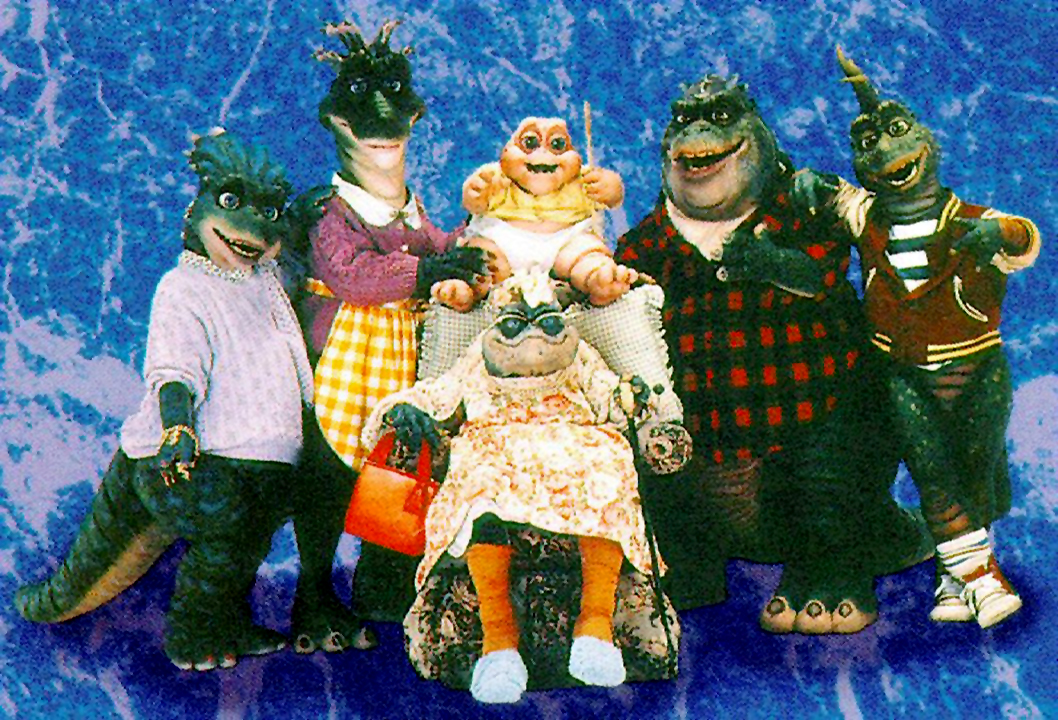 We watched the mother and other grown-ups bungle the conversation about the Mating Dance with the teenaged son, Robbie Sinclair. Ah, I’m not the only one who sucks at this, I thought. I considered taking notes, but didn’t want to be too obvious.

The show repeated over and over that the Mating Dance was, "best performed in a monogamous relationship and even better, saved for marriage."  Seeing as I had only discussed the mechanics of intercourse, I appreciated this line of discussion. They even brought up prostitution when the son visited a paid dance instructor to learn the mating dance, and mentioned something vague about wearing protective clothing if you were not in a committed relationship with the person you were dancing with. When Robbie asked what he should do if he knew he wasn’t ready to do the Mating Dance but couldn’t stop thinking about it, I waited for them to say, “you can always dance by yourself,” but sadly, they weren’t willing to go that far. Instead they said, “just play sports.”

After the kids and I finished watched the show I waited for questions.  I was primed for an important discussion made slightly less awkward by the presence of large green puppet-creatures. However, the only question I was asked was the definition of the word “intimate.” Still, I made eye contact, and that should count for something.

I am not going to pretend that watching an episode of Dinosaurs is anything approaching comprehensive education on human sexuality, nor am I going to rely solely on information given as part of middle school health curriculum to do the job for me.  I will have to have many more awkward conversations as they get older, but today I am grateful to the prehistoric Sinclair family for breaking the ice.

Want me in your inbox?